To promote the Moontower Comedy Festival, we covered stalls around Austin with jokes from comedians in the style of bathroom graffiti. Thus, bathroom humor. Much of the agency (Proof Advertising) participated, with graffiti being contributed by 20 different people across all departments. 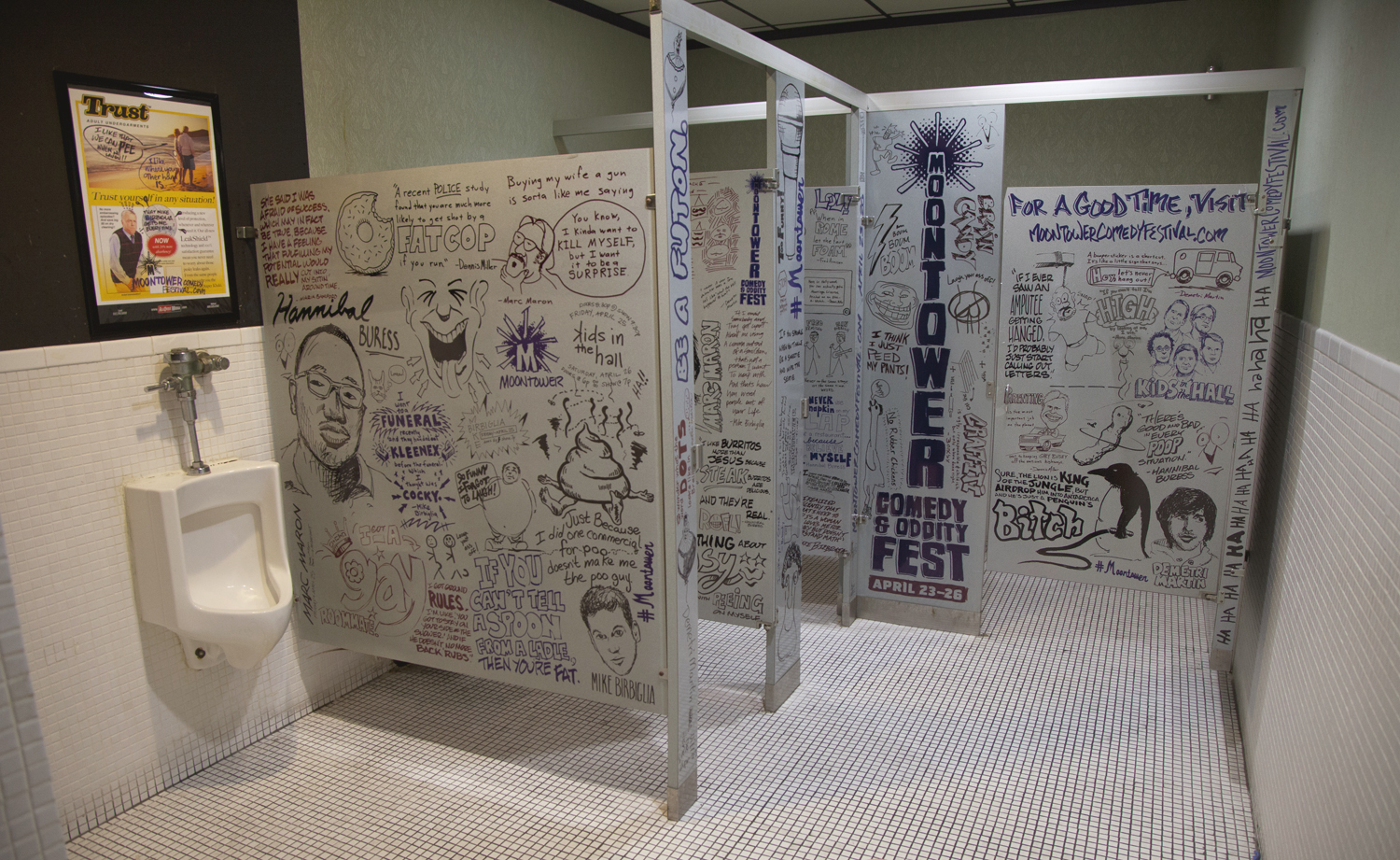 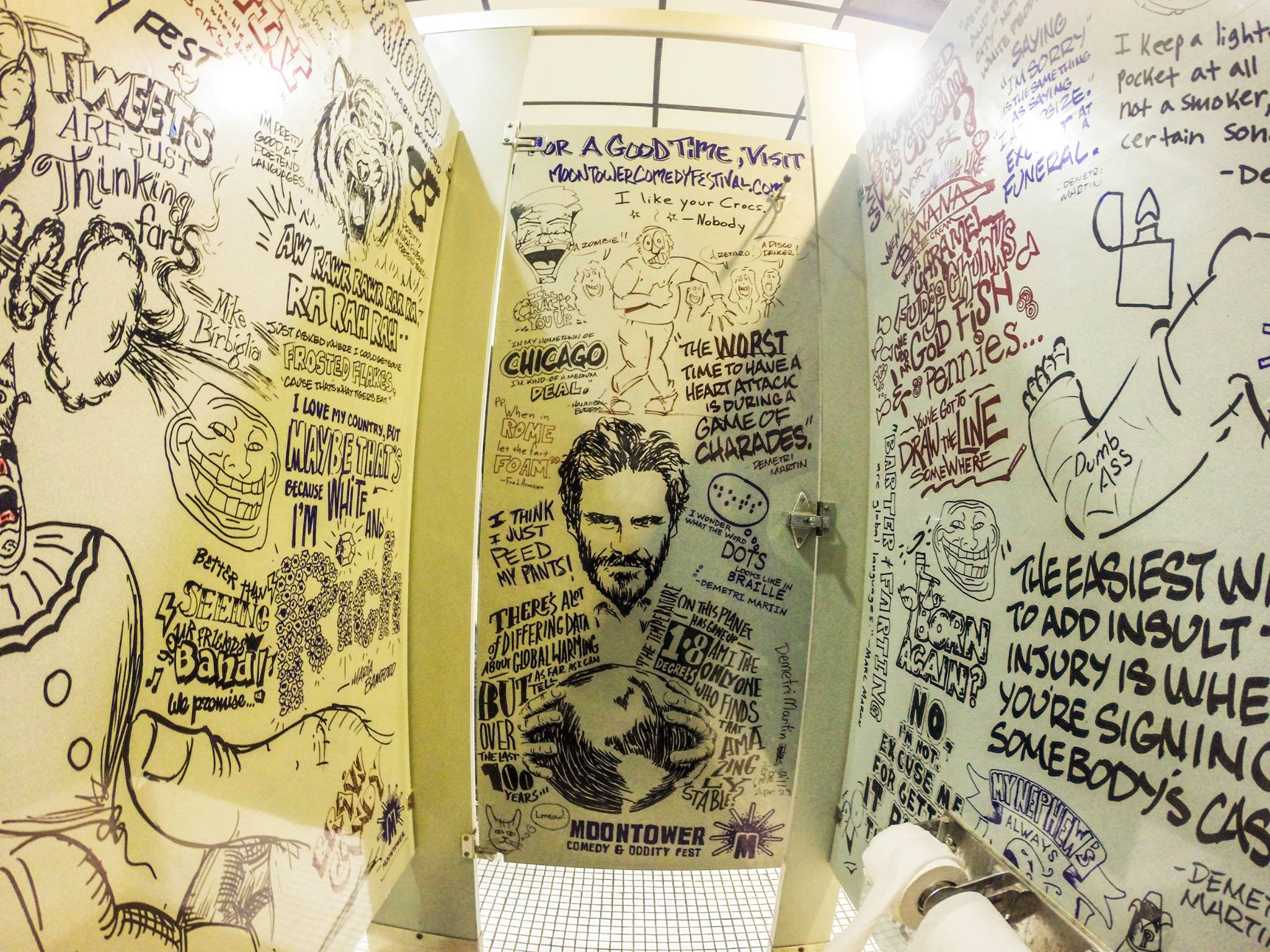 We also created posters in the style of typical restroom ads, then graffiti’d them with Moontower messages. 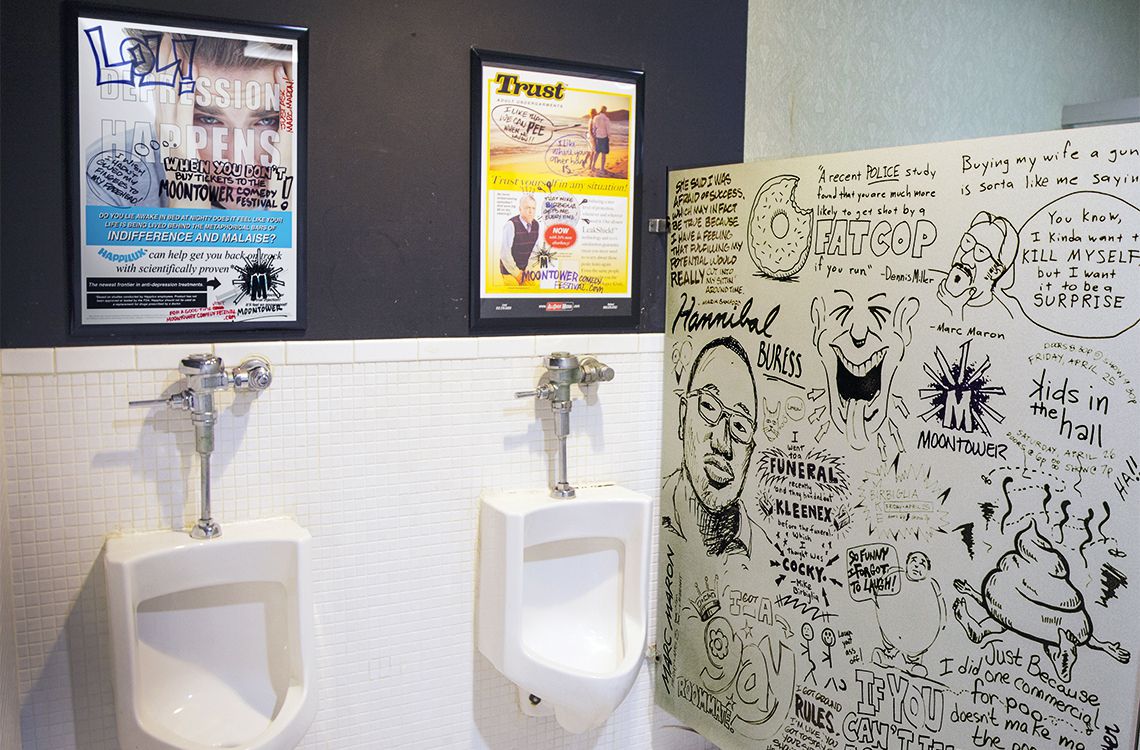 And boxes of disposable underwear, to guard against comedy so funny, you’ll piss yourself. 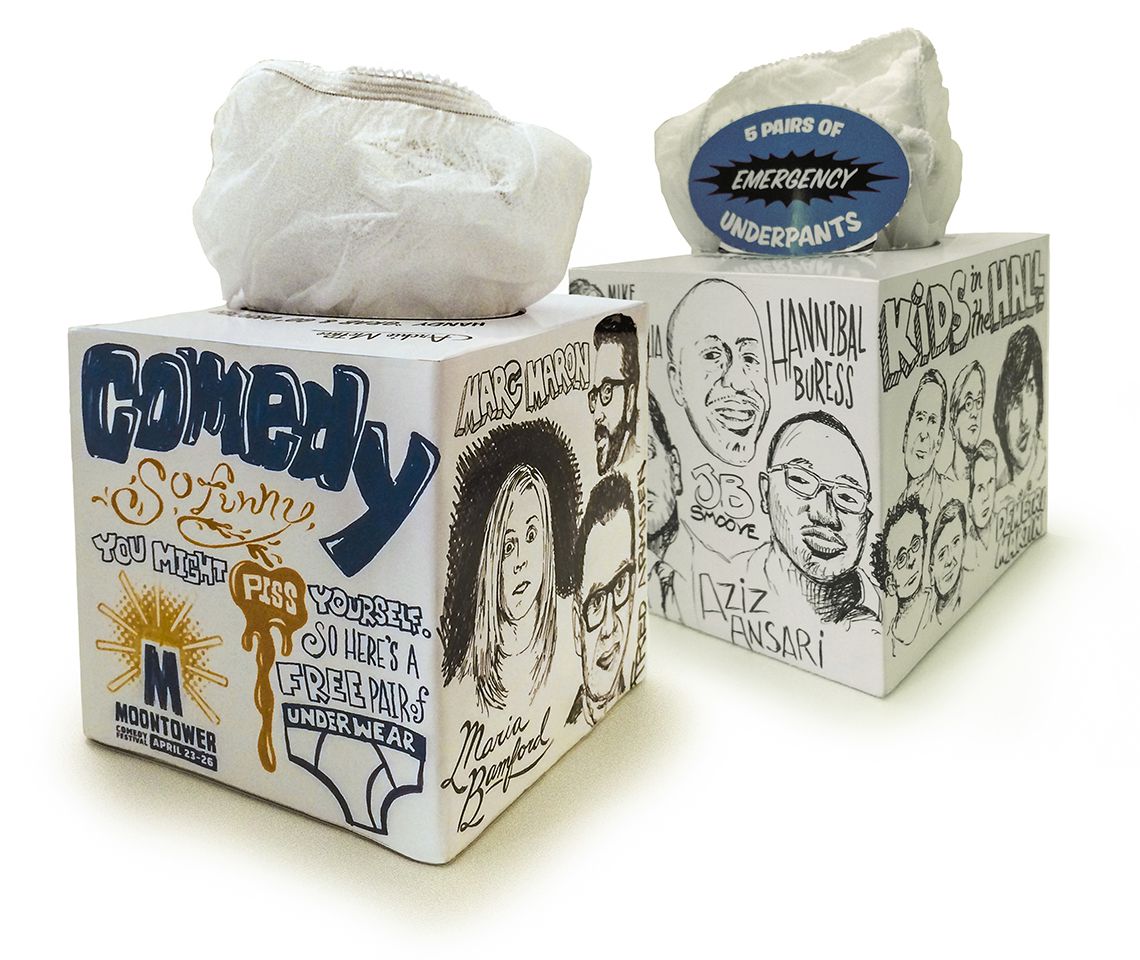